Har Har Mahadev, you are once again very welcome. We have brought Mahadev for you. Lord Shiva Quotes which is the first choice of the devotees of Mahadev. And the line written with the pictures of Mahadev is more encouraging to the power of our devotion to Mahadev.

A person merged in devotion to Mahadev wishes to have visions of Mahadev. Which is a natural thing? And the devotees of Mahadev have a great desire in their heart. But our desire does not matter only because Mahadev’s visions are only on his wish.

Devotees like us and you wish to see them. But they only know that. Which one is to see the devotee? And when to give and how to deliver. And Mahadev is happy with the devotion of any devotee. That devotee must-see Mahadev. There are no two opinions on this matter.

It is thus associated with the lines of Mahadev Lord Shiva Quotes. The photos of Mahadev are shared publicly. So that any Mahadev devotee can use these Mahadev’s photos according to their need.

At the same time, we also include very interesting and insightful information or mythological stories about Mahadev. Which is written in our ancient texts and Vedas of India? Based on these texts, we provide this information. These ancient texts are included in the written form of events that happened in the past.

This is the main source of all information and popular stories, mythological texts, and Vaidas. We get this information through them only. Which we share with you. It is through the ancient texts and Vedas that we get the knowledge of our rites. And one guidance is also available. To guide life in the right direction. So that we can spend this human life in a very right way. And stay away from bad things and take life on the path shown by God. 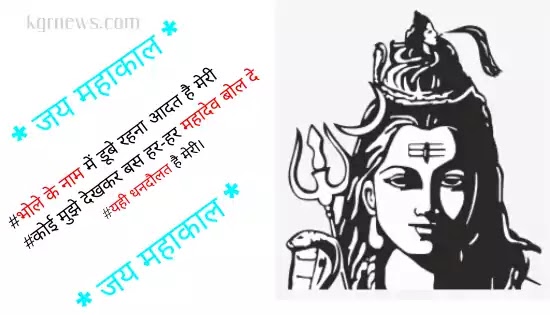 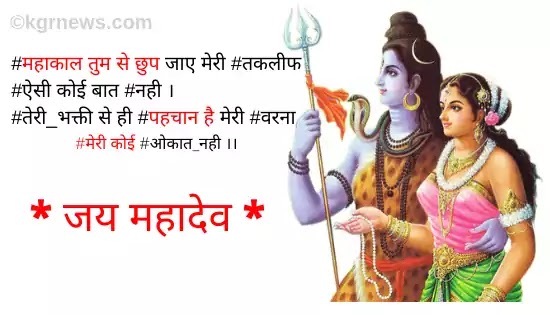 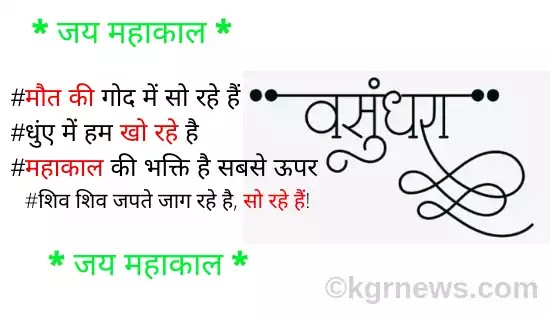 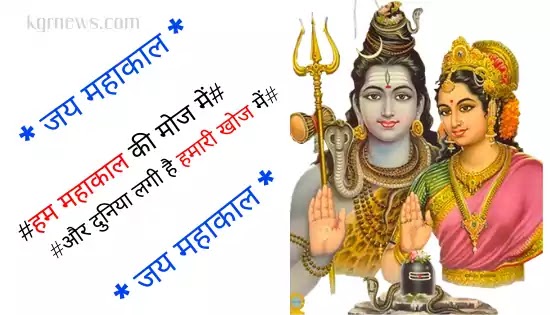 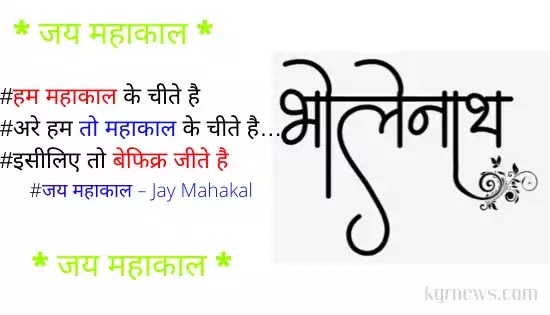 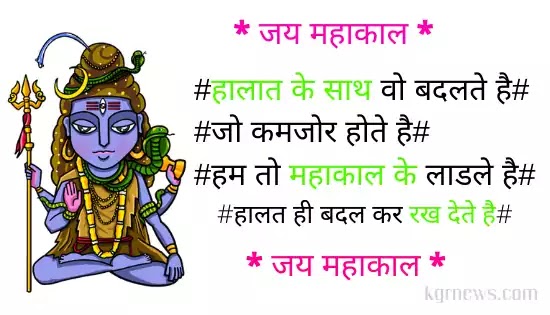 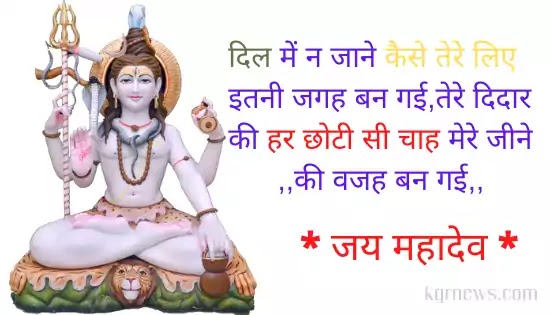 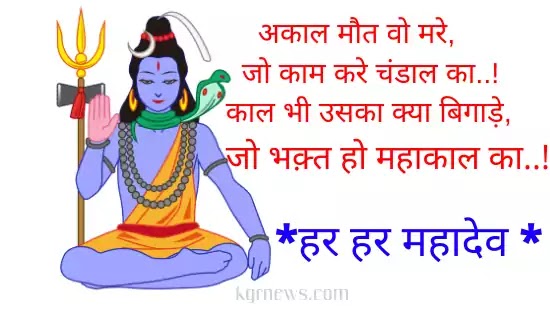 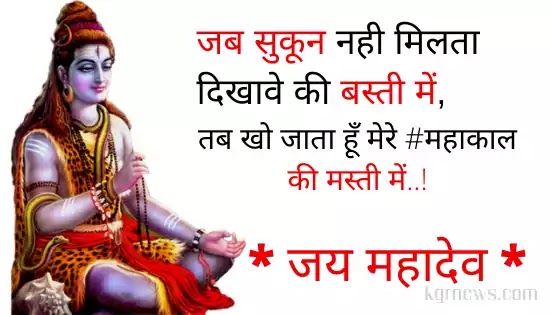 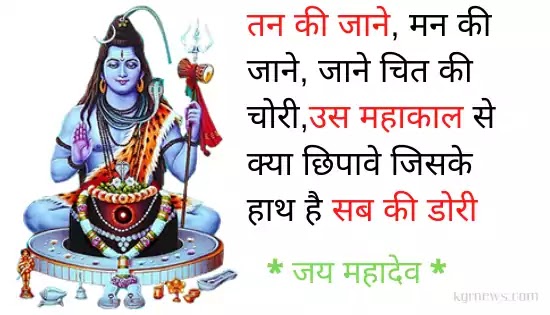 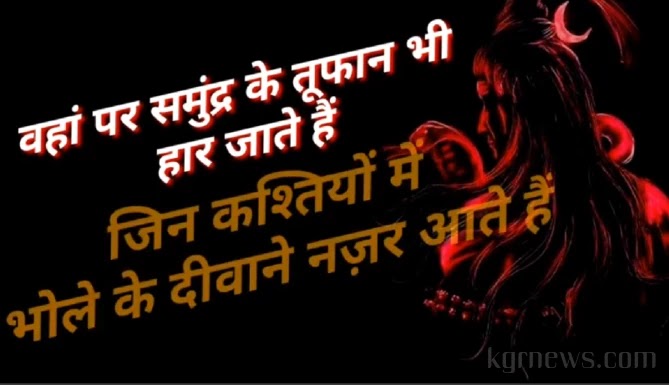 Friends, today we are going to tell you about a very interesting and unique event. Which is 100% true.

There is no imaginary event of any kind. The incident took place in the temple of Kedarnath with a devotee of Bholenath.

So let’s talk. About this true event, with whom and how this incident took place.

We already know about Kedarnath. The temple of Kedarnath is the ancient temple of Lord Shiva.

This ancient temple is one of the 12 Jyotirlingas of Lord Shiva. Jyotirlinga means That the Shiva Linga in which Shiva’s light merges. Do you know? Why Kedarnath is called the temple of Jagrit Mahadev.

You might not know. But today you will also get this information.
The talk is sometimes old. When there were not so many modes of movement than today.

At the same time, there was a person. Named Narayana and was a devotee of Mahadev.
He once decided to go to Kedar Nath temple to see Mahadev and that person left for the Kedar Nath Yatra.

That poor poor devotee had no idea about Mahadev’s way to the temple of Kedarnath.

But then that poor devotee was only chanting Mahadev’s name and traveling while guessing the way from the people. After the passage of time of about three months, Kedar Nath reached the temple gate.

Seeing the closure of the roof of the temple, the devotee told the priest that I have to see my Bholenath. So tomorrow morning, what time the doors of the temple will open so that I can get darshan of Bhole Nath.

As long as you can remain that way. So but the cold is too much here. So you will not be able to stay here at night. It would be good that you go here now and after six months come here and see Bhole Nath.

Hearing this, the devotee has gone out of his mind. And that devotee sat there. And Bhole Baba started to remember his heart. Gradually the darkness of night became darker.

With the falling of snow, a very strong wind also started to run. That poor poor devotee started shivering due to cold and hunger was also feeling very high. But what does that betcher eat and how would he dress to avoid the cold.

Because there was no other Shiva there. But then he saw an Aghori Baba coming there. That Aghori Baba came to him and said, take this meal.

By that time, Aghori Baba lit a fire near him. When the devotee got relief due to the heat of the fire, Aghori Baba said that it seems. That you are very tired

Take a little rest and go a hundred. The devotee fell asleep after listening to Aghori Baba. And when he woke up the next morning, he saw that there is no trace of snow even far away.

And it’s not even cold. And saw that Panditji and his other disciples are also coming. As soon as Pandit ji came, the devotee asked Panditji whether the temple doors will be opened today. So Pandit ji said that yes today is Aksay Tirtiya of April. Today, after six months, the doors of the temple will open.

The devotee said that it was six months from where you had closed the roof of the temple. So Panditji thought and remembered, and Panditji remembered that he is the same person.

Which came six months ago. Pandit Ji had guessed. That Lord Shiva has converted the time of six months for this devotee to only one night with his Leela.

Panditji asked the person who had come with you at night. The devotee said to you that an Aghori Baba had come that night. And also gave me food.

And I had a fire. So that I can sleep comfortably, but after waking up in the morning I searched for them a lot but I could not see them anywhere.

So Panditji said how he was seen. So the devotee said that he was wearing a very sari garland of Rudraksha around his neck. And the skin of the lion was worn in the body and the hands were carrying tridents and ka manuals.

Panditji and his other disciples fell at the feet of that devotee and said that he was not an ordinary Aghori Baba. Rather he was Mahadev himself. Who converted the time block of six months into one night only for you.

O devotees of Mahadev, you are blessed, who you have seen in front of Lord Shiva. We have been serving Mahadev for so many years. But to date, we could not see Mahadev Sakshat. Blessed are you, O Mahadev.

Whatever the devotees go to Kedarnath to see Mahadev with the true mind. They definitely fulfill their wishes. Bhole Baba is why the Deedarnath temple is also known as Jagrit Mahadev. Everywhere Shiva.

If you see this incident proving Mahadev’s existence. So you can share this post with other devotees. If you ala

Friends hope That you might have liked this information. If you like the information we have shared. If so, please share this post. And you should bookmark our site so that whenever we bring any such information, you will not have any problem in finding our site, Lord Shiva’s Kirpa always remain on you. And have a nice day. Thank you. Everywhere Shiva.